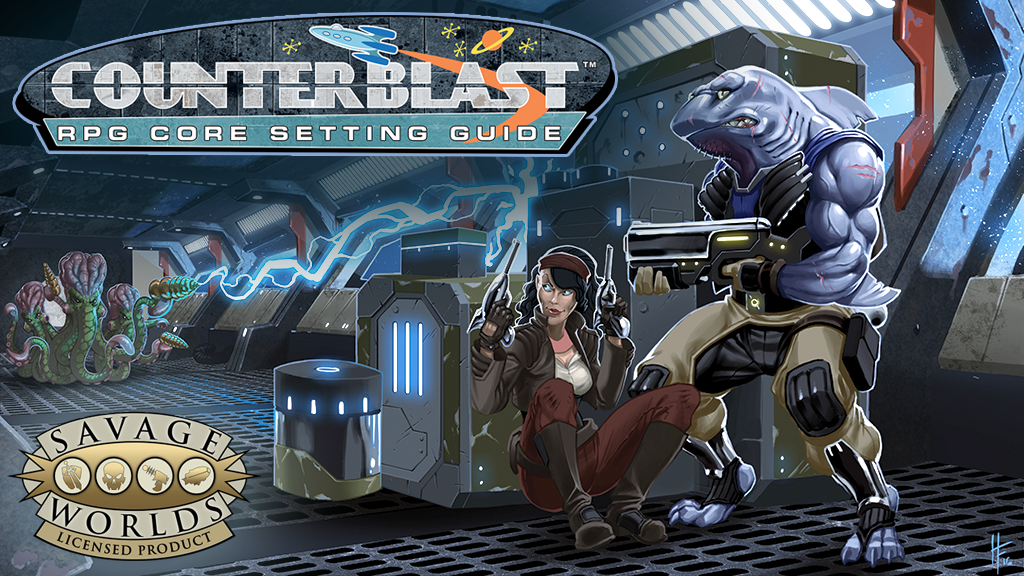 For more updates check out our Facebook Group for details on the progress.

Counterblast is crew-level adventure in a retro atomic raypunk setting. Players control crews of pulp sci-fi heroes plying the spaceways in search of uncharted worlds, alien artifacts, new territory for colonization, and essential deposits of ultonium. You will find all of the information you need to play these games, with rules for how to create your characters or crew, how to set up a table, and how to explore the expanse of the Outer Reaches and beyond!

COUNTERBLAST Adventure Battles is a tabletop battle game for crews of miniatures fighting over resources in a pulp sci-fi setting.

COMING TO KICKSTARTER IN MARCH!

COUNTERBLAST RPG for Savage Worlds is a fully realized setting for pulp adventures in a retro sci-fi setting. Earth has joined the Galactic Council of Worlds in 1948, and fewer than ten years later humans have proliferated all  regions of the Council worlds. You can play any number of characters from stalwart and powerful aliens, to prolific and ambitious humans, to robots or cyborgs. The quest to keep the galaxy running hinges on the acquisition of ultonium which is under threat by the incursion of the alien cephalopods known as the Edofleini. What's worse is the ancient empire of the cruel and brutal Neiran are ever expanding. Will you be able to eek out your place in this hostile frontier?