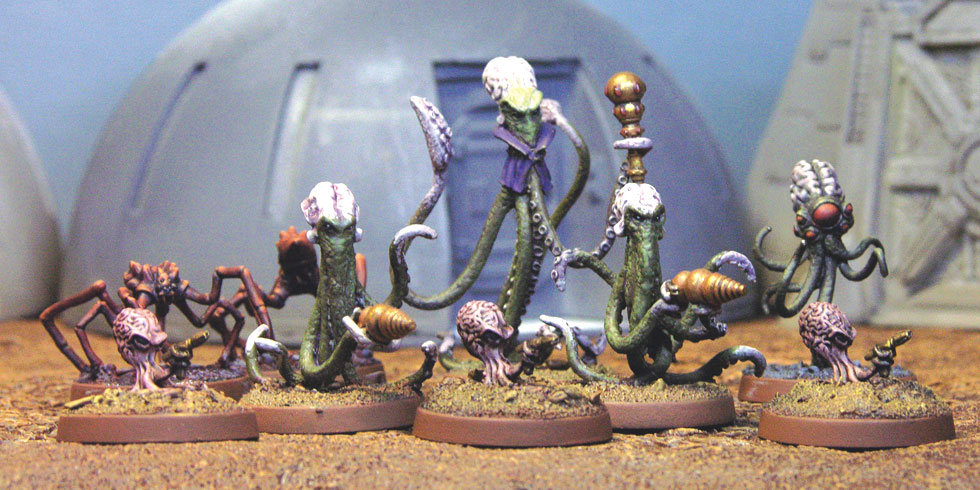 Strange cephalopods with bizarre mental powers, the Edofleini have recently emerged from the farthest voids of space to invade the known galaxy. What has brought them to the Milky Way is unknown and their motives are uncertain, but encounters with the Edo, as they are more commonly called, are sure to provoke hostilities. Linked as a race to The Deep, a psychic void between material space, through bioengineering and wielding exotic arc technology, the Edo's potential for menace is high. So far, neither the Galactic Defense Force or the Neiran Empire have been able to communicate with them successfully on any large scale. Fortunately their forces encountered to date have been small expeditionary groups, but some military experts fear these forces are merely scouting missions for a much larger invasion.

The Edo faction of the Counterblast Adventure Battle Game is a creature force complimented by broad mind control abilities. Wielding formidable arc technology as well as the energies of The Deep, the monstrous Edo offer players an unusual force supported by alien weaponry and psychic power.