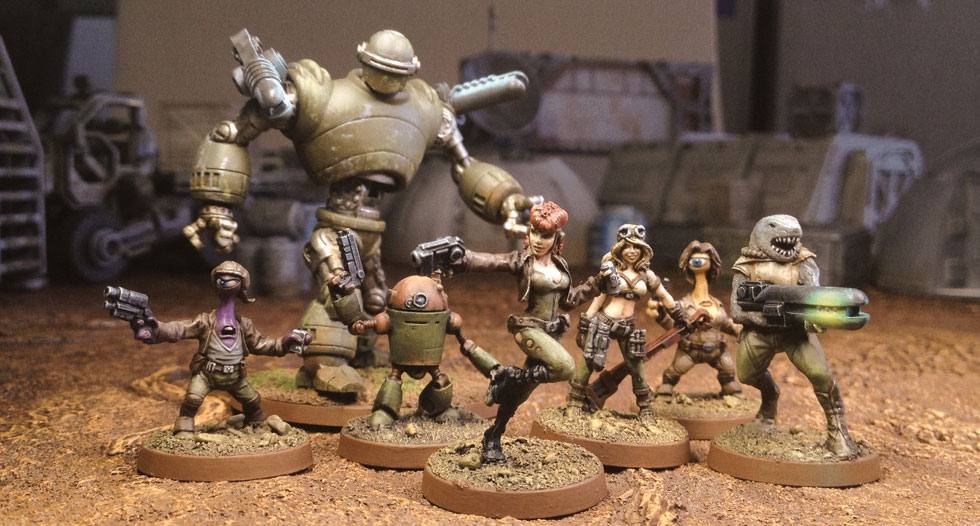 Hailing from countless worlds and commonly seen operating throughout the vast regions of the galaxy are bands of miscreants, fortune hunters, and those merely struggling to survive collectively known as 'Lancers'. While many are traders, privateers or mercenaries seeking honest employment, hard times can drive some to unlawful activities like smuggling or piracy. Still others choose to embrace crime freely, tempted by the profits to be made in spite of the risks.

Lancers crews are seldom homogenous in nature, with equipment as varied as the races that comprise them. All free species, such as Illyrians, Alanti, Shrinaar, the human newcomers, and even a rare Neiran exile may be included in Lancers crews. Some Lancers are loners, operating independently as bounty hunters, bodyguards, prospectors or other types of free agents. Most Lancers possess highly specialized skills, but all of them boast at least a modicum of martial skill, be it ranged or hand-to-hand. Indeed, some Lancers are highly notorious or renowned fighters.

The Lancer faction of the Counterblast Adventure Battle Game offers players the most flexibility and customizability in choosing their force. It has the widest selection of not only species that can be included, but weaponry and other types of equipment as well, making the Lancer crew extremely versatile whatever the mission.