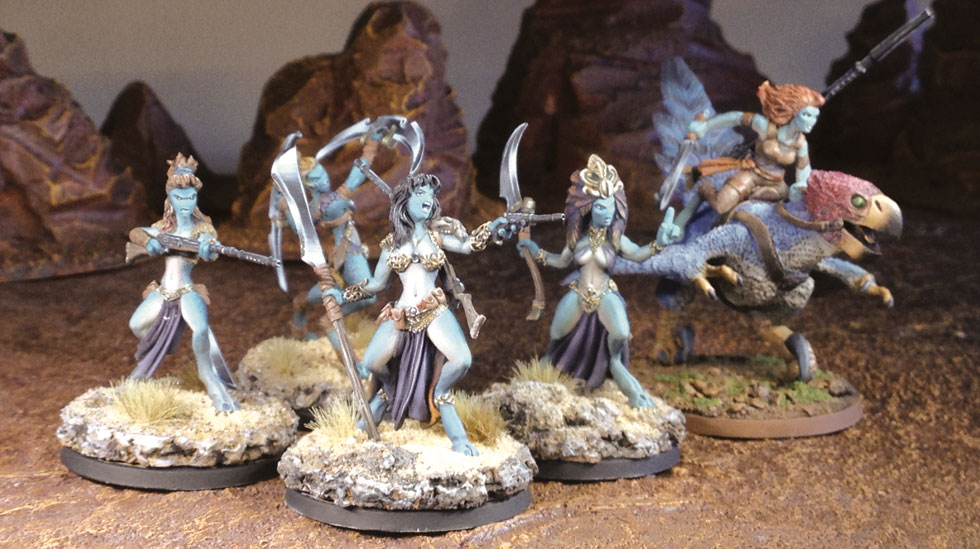 Intent on galactic domination, the Neiran Empire has posed a constant threat to the free peoples of the Galactic Council of Worlds for centuries. A matriarchal society, they are ruled by the semi-divine Empress Messilina IV counseled by religious Oracles and the huntress warlords of a powerful female warrior caste. The expansion interests of the Neiran Empire often place it at odds with the rest of the galaxy. Neiran society is highly ritualized and at times can seem quite brutal. Its citizens revere their supreme goddess, their empress, and strength above all else. Weakness is held by most in utter contempt and is rarely tolerated or condoned.

Neiran are large, taller than most other known species of the galaxy. Born and bred for conflict, they are dedicated, strong, agile and tough. Their forces are fearlessly led by powerful huntresses or warlords called Jamad, some of whom can form bonds with feral beasts to fight at their sides. They also use specially trained battle beasts as well as form alliances with sentient creatures indigenous to their planet called the Vorog. Their weaponry is passed down through the ages of their culture, modified only by the technology of the current time. The Neiran longrifle is as feared on the battlefield as it is prized on the black market for its range and power, and almost every Neiran fighter, from clansister to huntress, carries one. In addition, Neiran forces are often bolstered with priestesses who can wield mighty powers drawn from The Deep.

The Neiran faction of the COUNTERBLAST™ Adventure Battle Game offers players an exotic fighting force that is swift and powerful. Its unique weaponry, mighty fighting beasts, and fearless, hardy warriors make the Neiran an extremely formidable force with which to do battle.