Ur'zarl, Shrinaar black marketeer: Ur'zarl's father, Hra'hoth was a shay'orz, a Shrinaar banished from regular Shrinaar society for a severe criminal offense. He and his mate, Ni'van, eked out a living as best they could as trackers and scouts in the Basrilla system, bordering the Outer Reaches. Despite his attempts to improve his behavior and the life of his family, Hra'hoth continued to be met with prejudice when dealing with other Shrinaar. Embittered, Hra'hoth eventually decided to embrace a criminal lifestyle. Made a social pariah by association, Ni'van agreed to support him. Raised in this environment of anger and violence, Ur'zarl learned quickly to "thrive or die". Inheriting strength from his father, a shrewd cunning from his mother, and ferocity from both, Ur'zarl is a dangerous and intimidating individual. Although he nurses a great hatred for most of his race and intense suspicion for other species at best, he is deeply devoted to the shunned shay'orz community.

CAUTION: For ages 14 and up.This product contains small parts that may be considered a choking hazard. 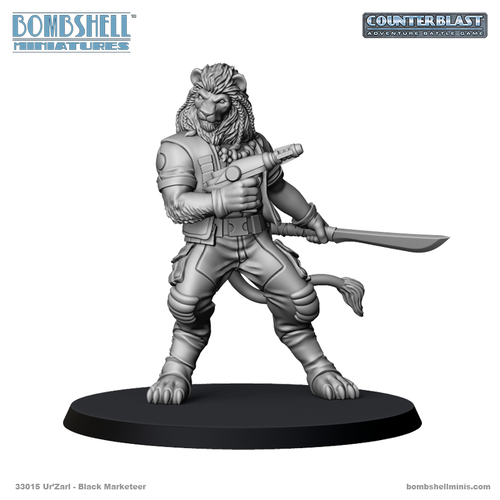